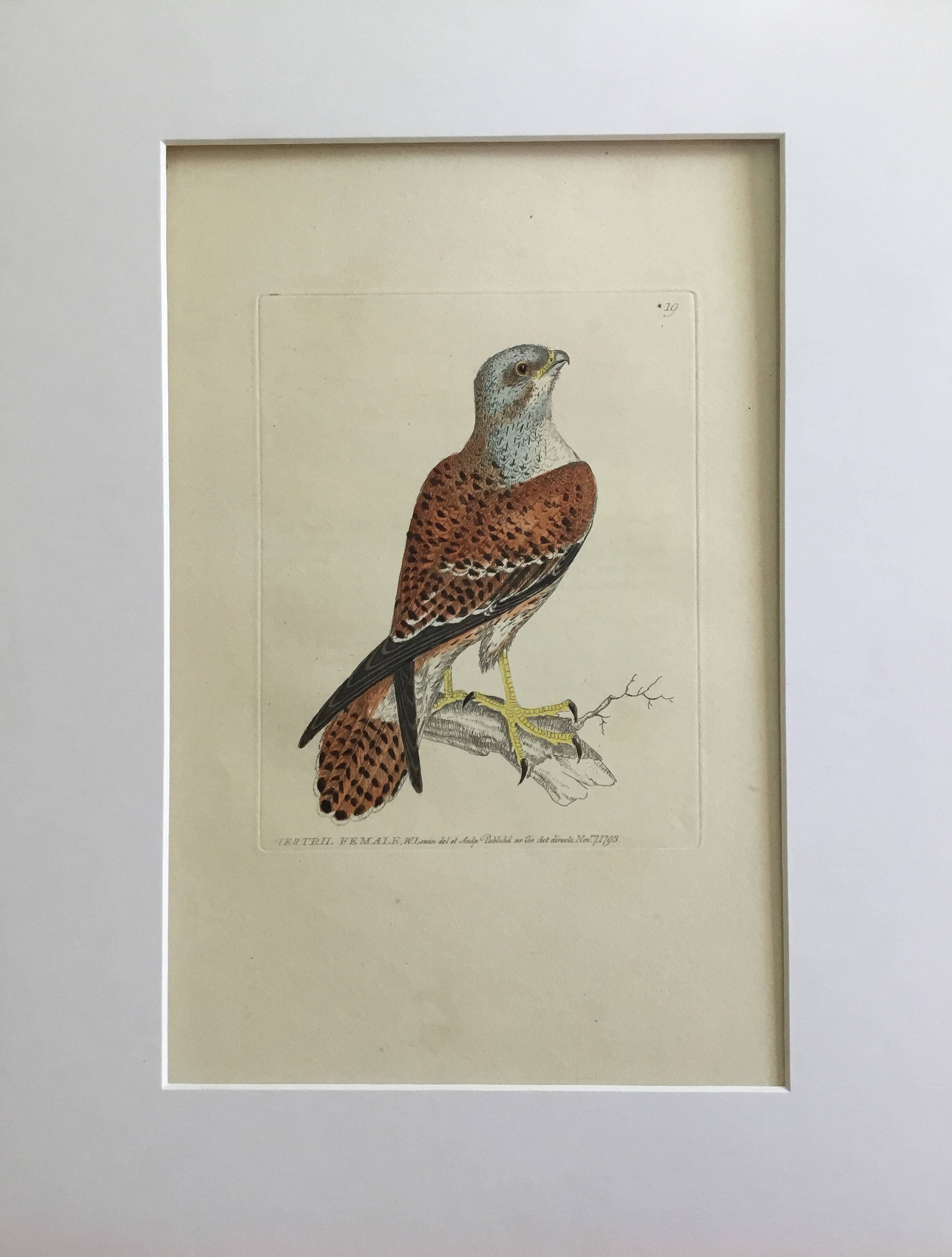 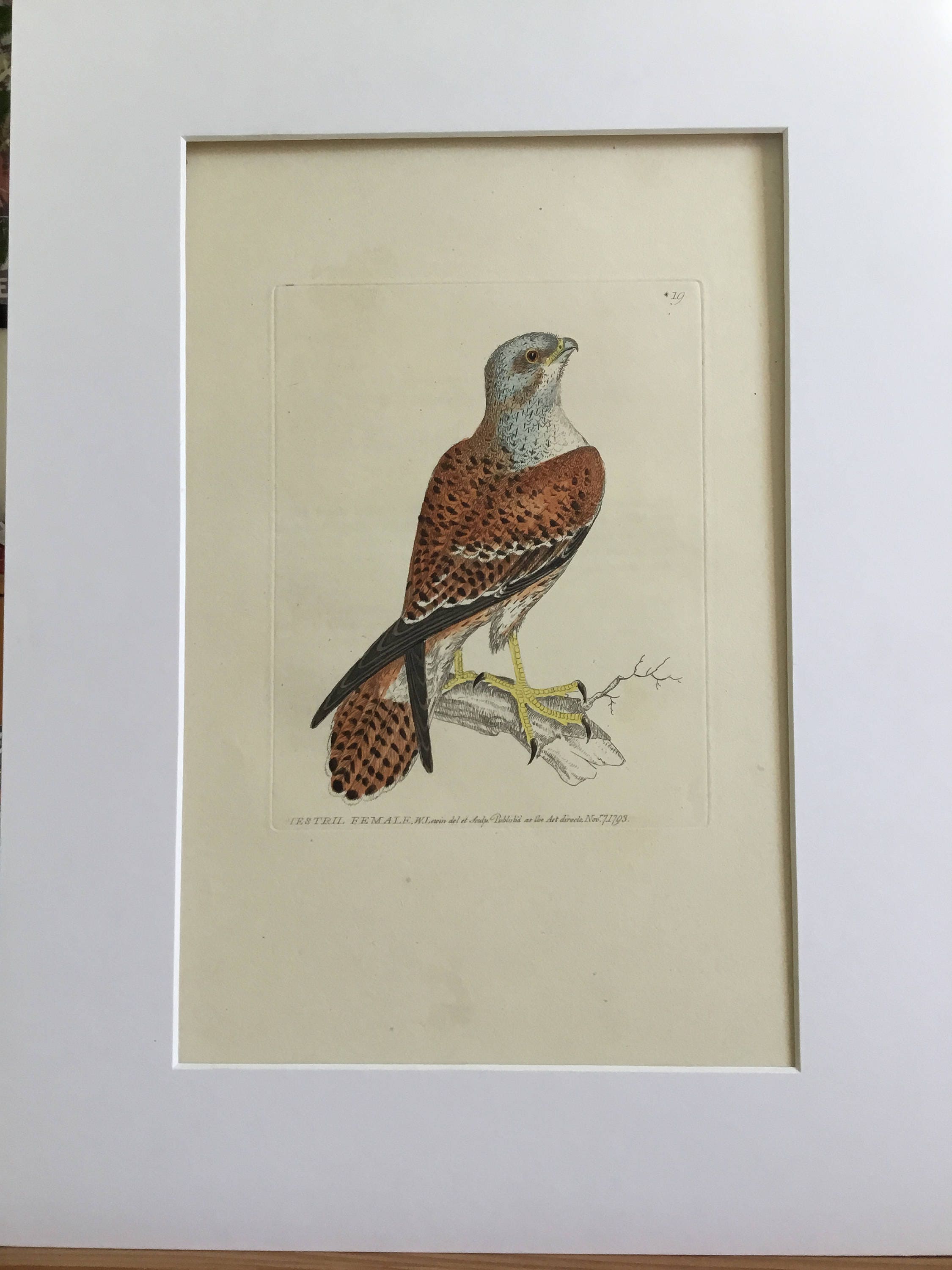 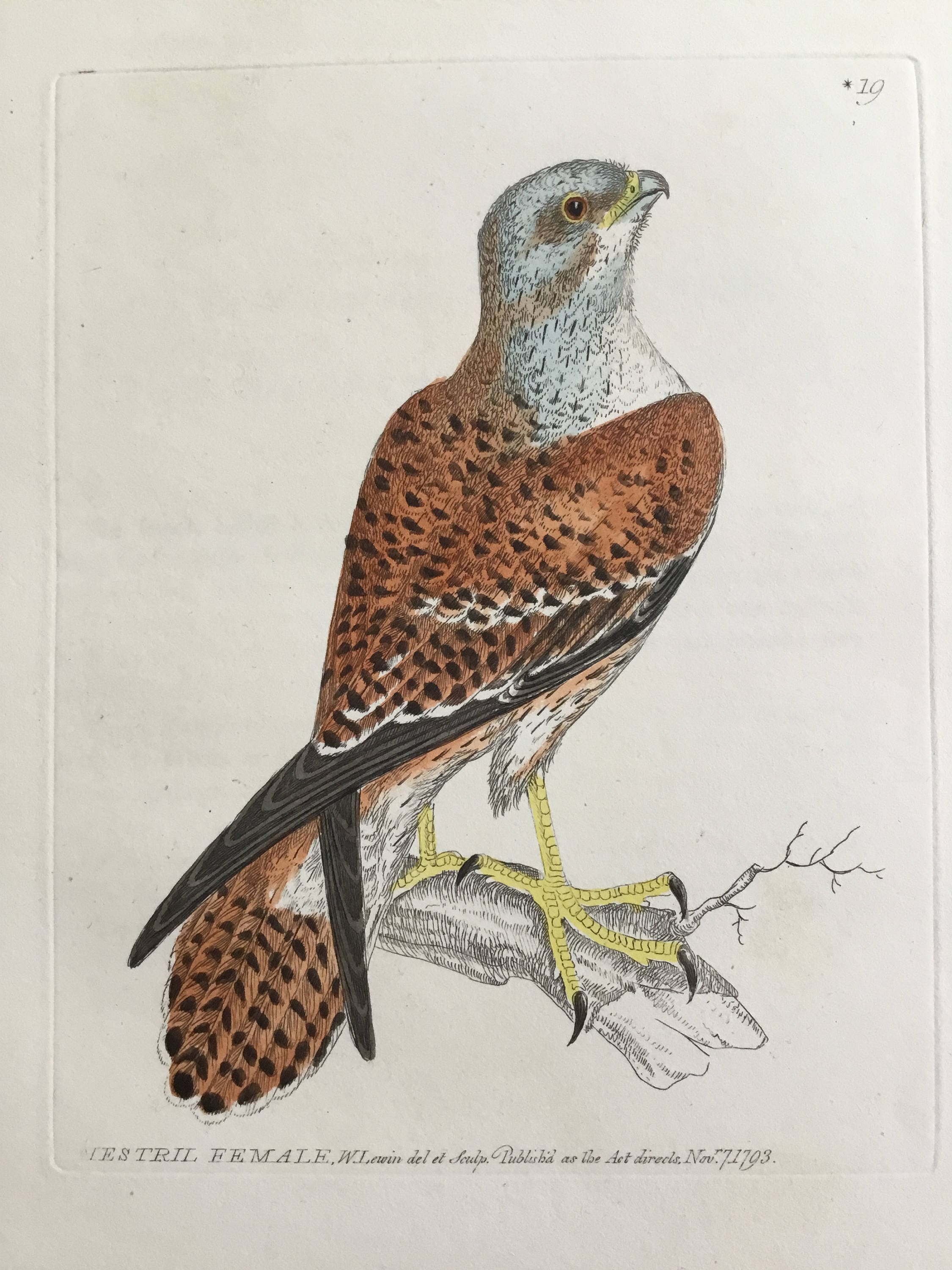 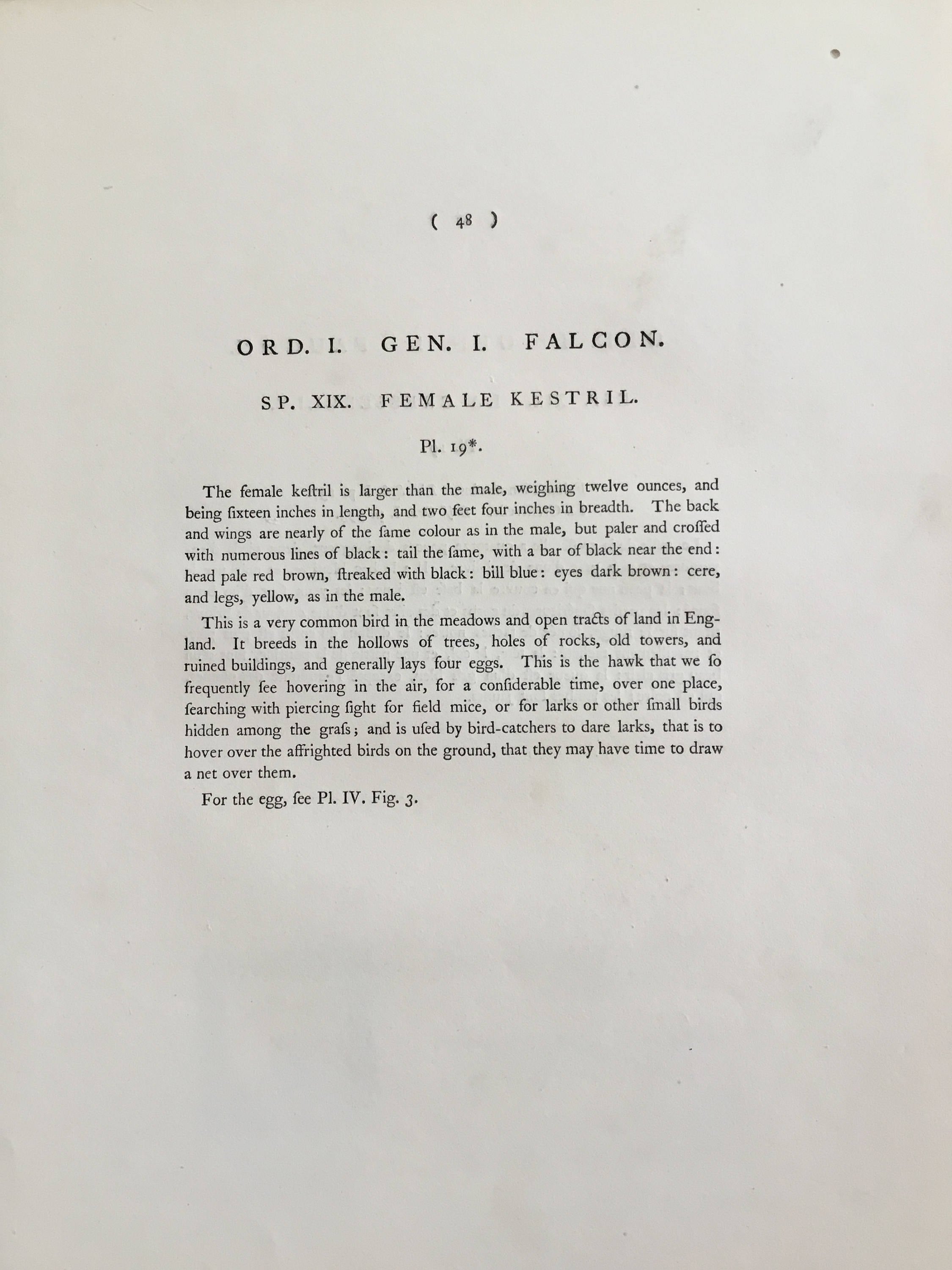 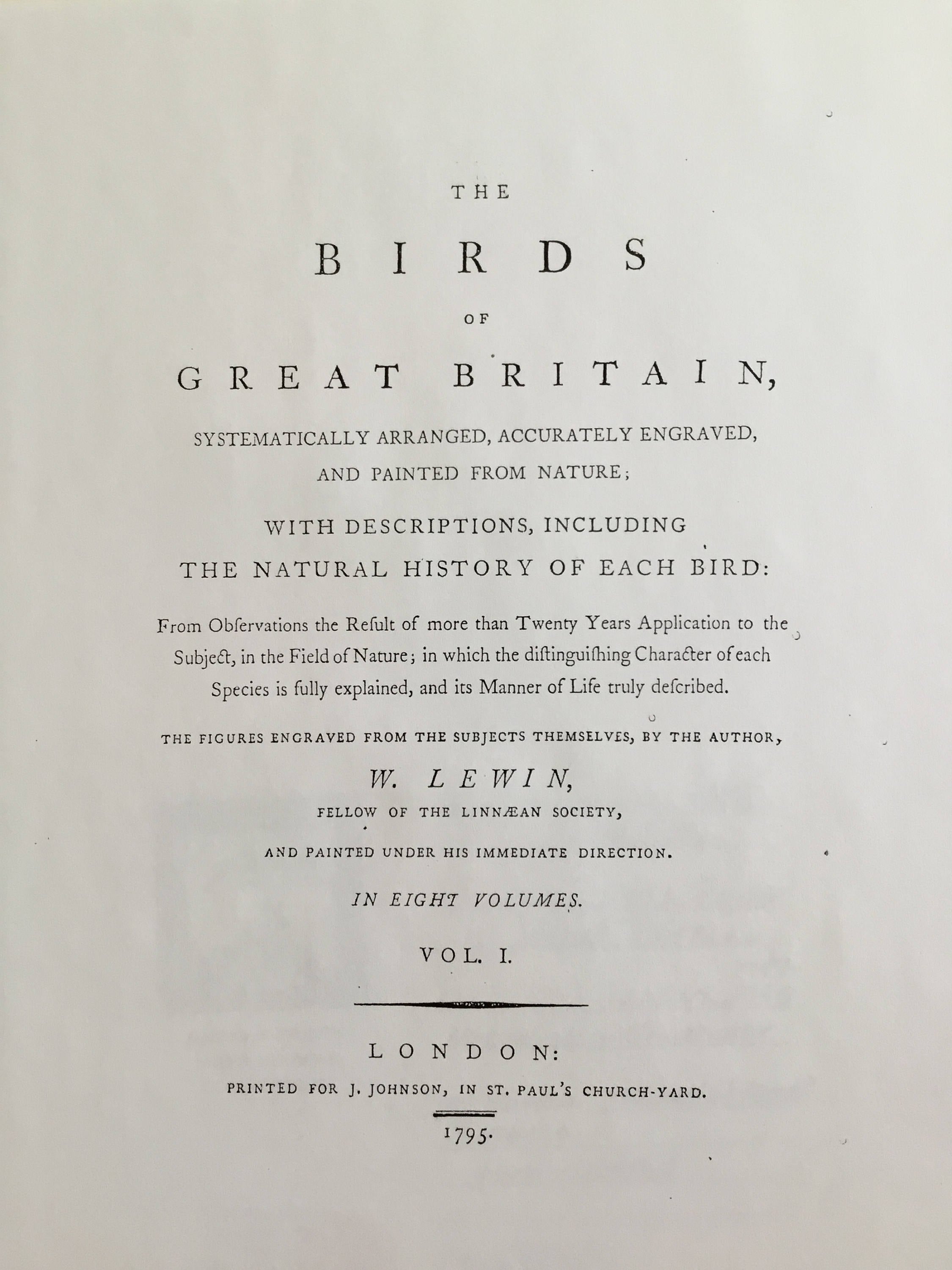 In 1789 Lewin began to issue The Birds of Great Britain, which he had been working on for the previous twenty years. It included 323 watercolours, 271 of birds and 52 of eggs, which he painted himself for the sixty copies which were published. Lewin's outstanding ornithological achievement was that "his was the first attempt to include pictures of the eggs of all known British birds in his book" (Christine Jackson, Dictionary of Bird Artists of the World, 1999, p.336-7).