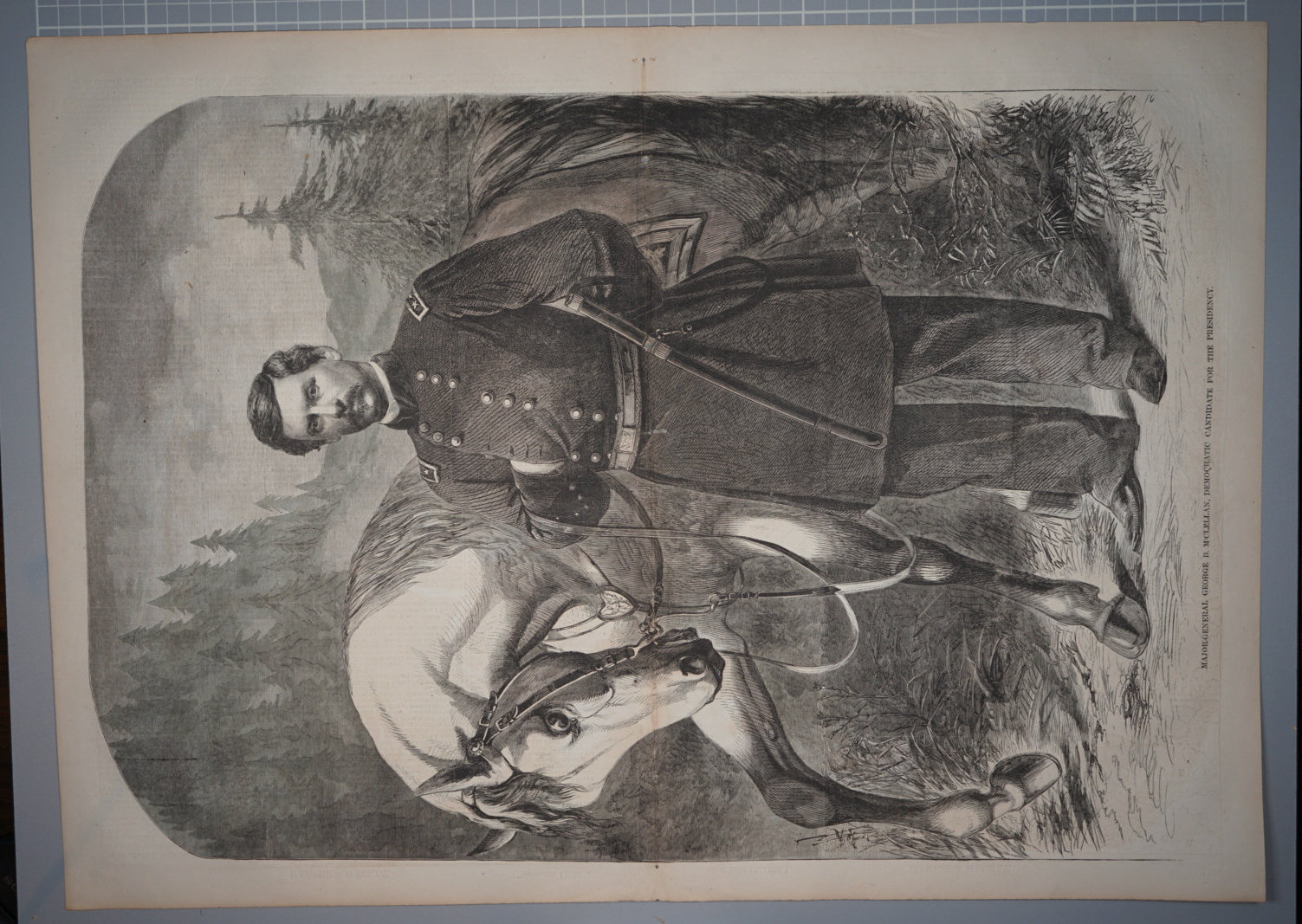 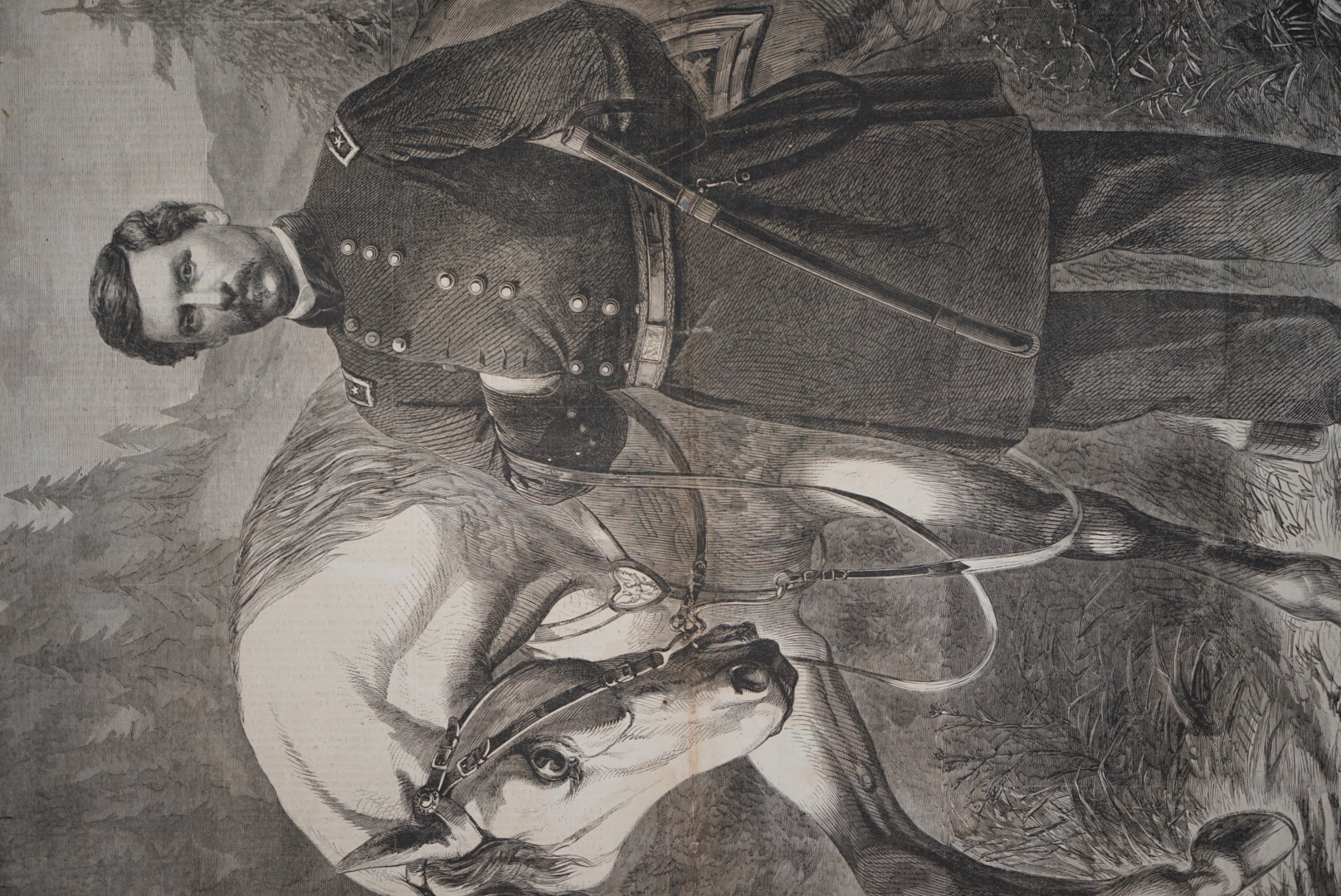 Major-General George B. McClellan, Democratic Candidate for the Presidency, 1864

This is an original woodblock print from Harper’s Weekly dated September 17, 1864 of Major-General George B. McClellan, then Democratic Candidate for the presidency. McClellan was born in Philadelphia in 1826 and died in Orange, Pa, in 1885. He initially attended the University of Pennsylvania but transferred after two years to West Point Military Academy. He graduated from West Point at the age of 19 in 1946 finishing 2nd in his class. He had a fascinating life in and out of the military. McClellan and Lincoln disagreed on the slavery issue and ultimately they were running against each other for the 1864 presidential election. We all know who won that one. McClellan’s bio is so varied and interesting and worth a read. This print is 156 years old. It is in good condition except along the centerfold where it was originally bound - there are pinholes, but the overall print is beautiful.