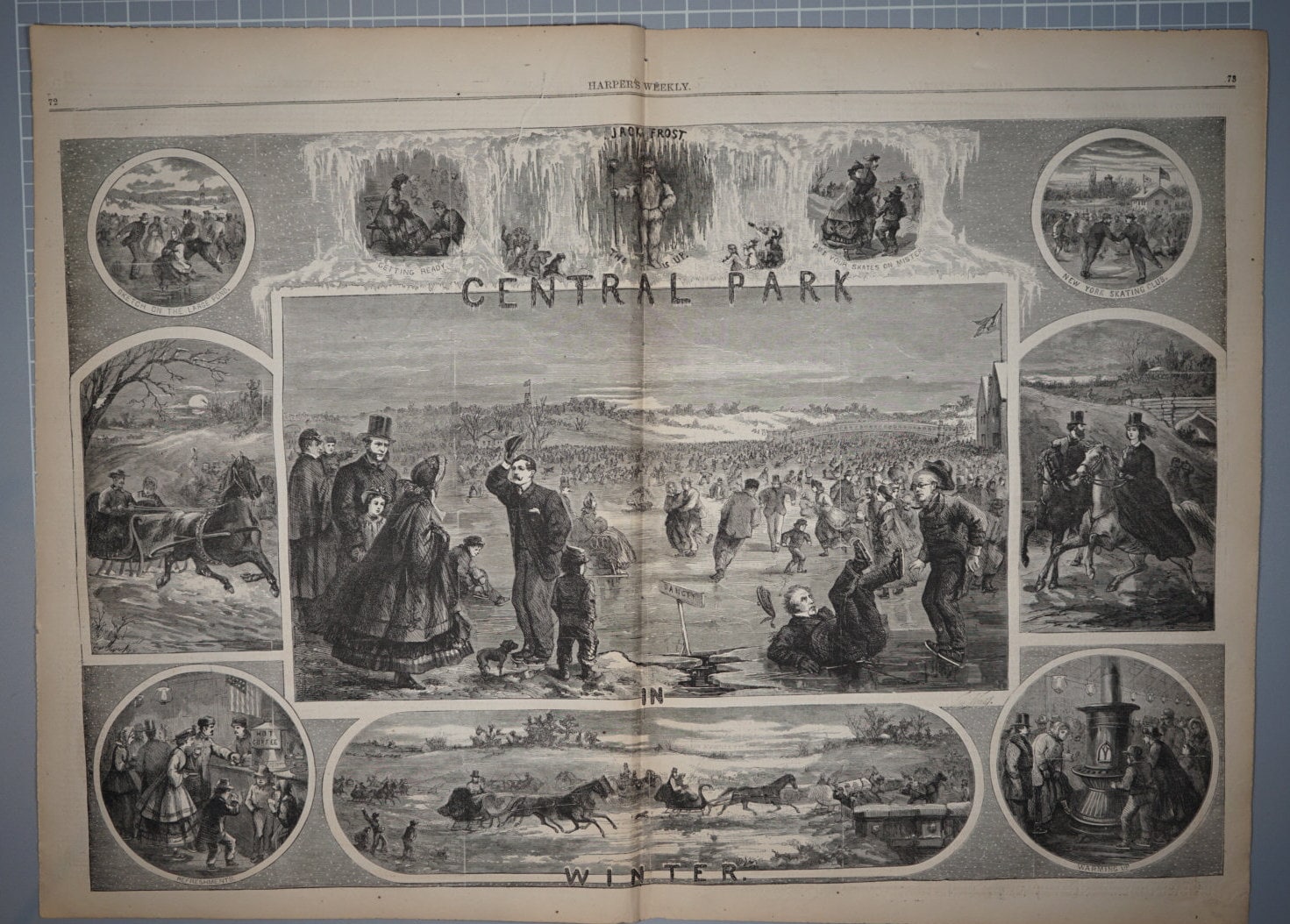 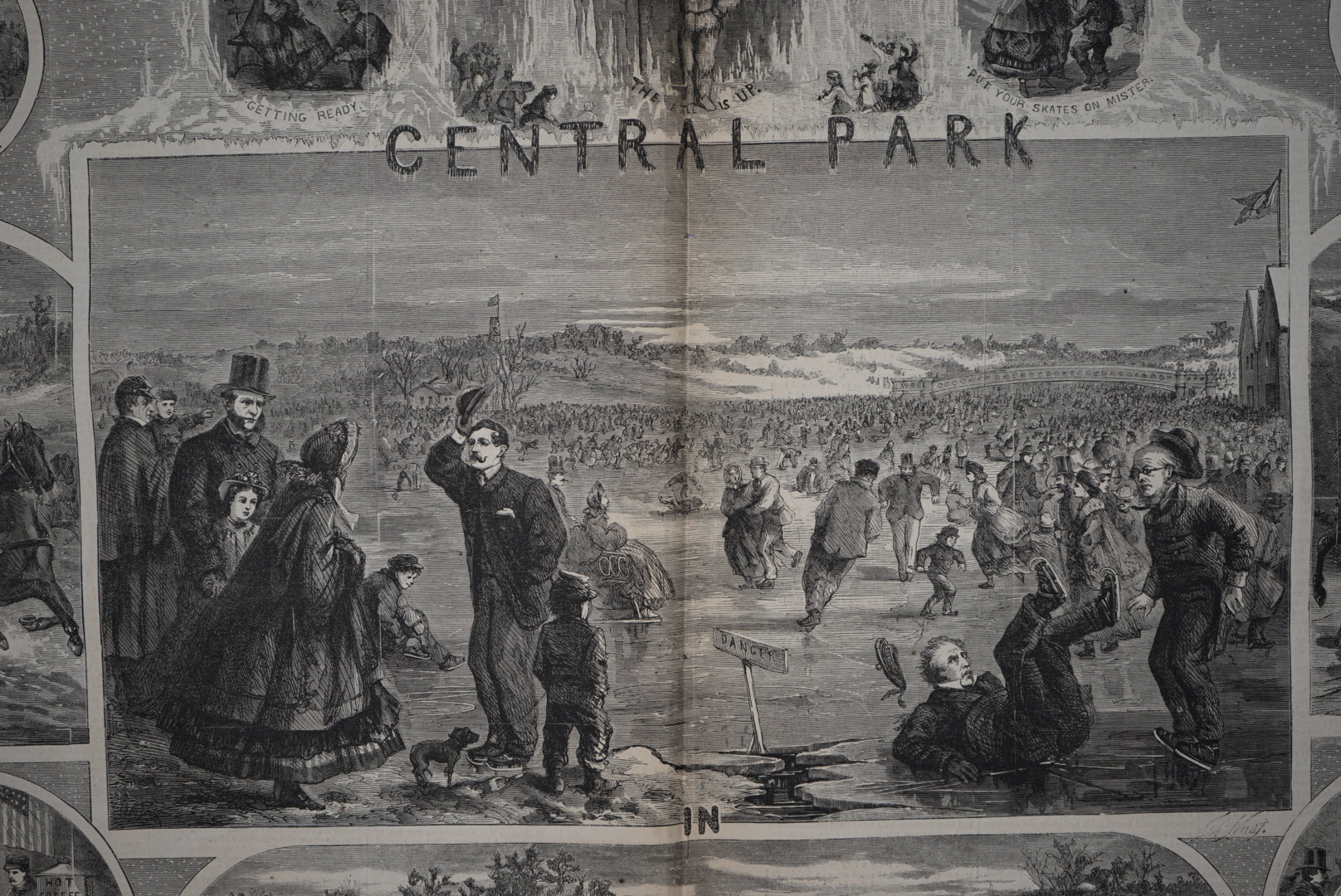 This is an original woodblock print from Harper’s Weekly dated January 30, 1864 by artist Thomas Nast. This print depicts many winter scenes in NY City’s Central Park including: Skating, Sleighing, Horseback Riding, Refreshment, Warming up and the New York Skating Club (which was founded in 1863 and was the second skating club to be formed in the US. For the first decade the members skated on pond ice, first at the Conservatory Pond in Central Park). This 156 year old print is in very good condition with some minor pinholes in the centerfold where it was originally bound.