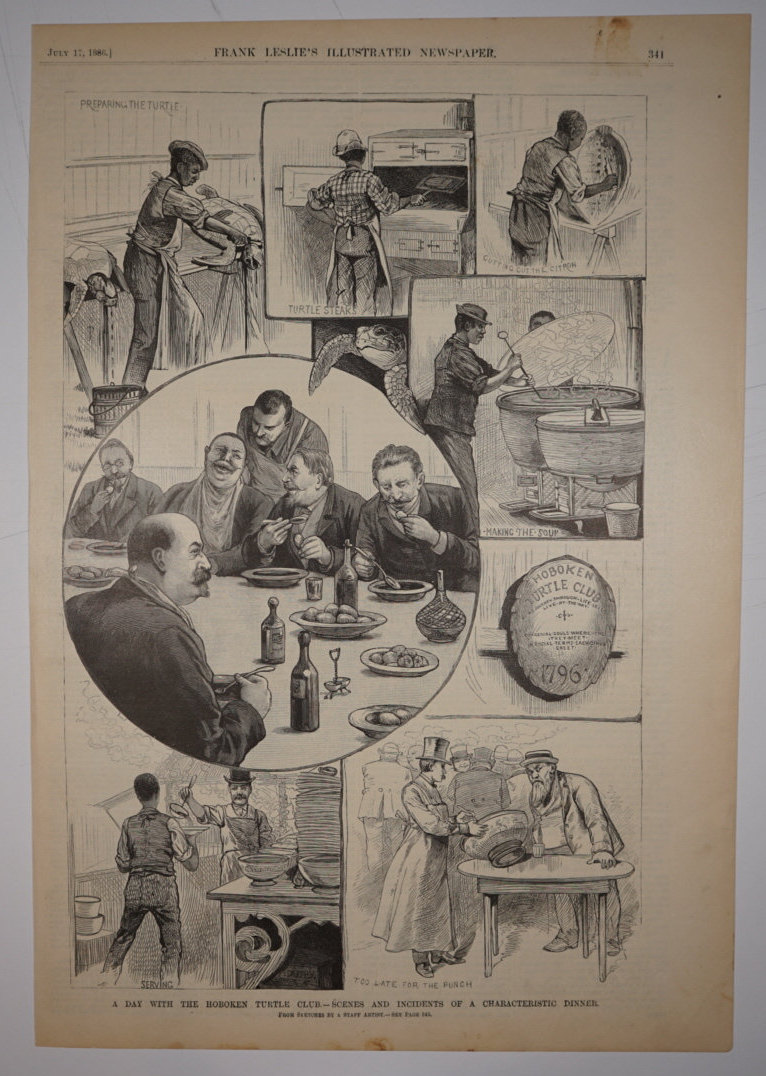 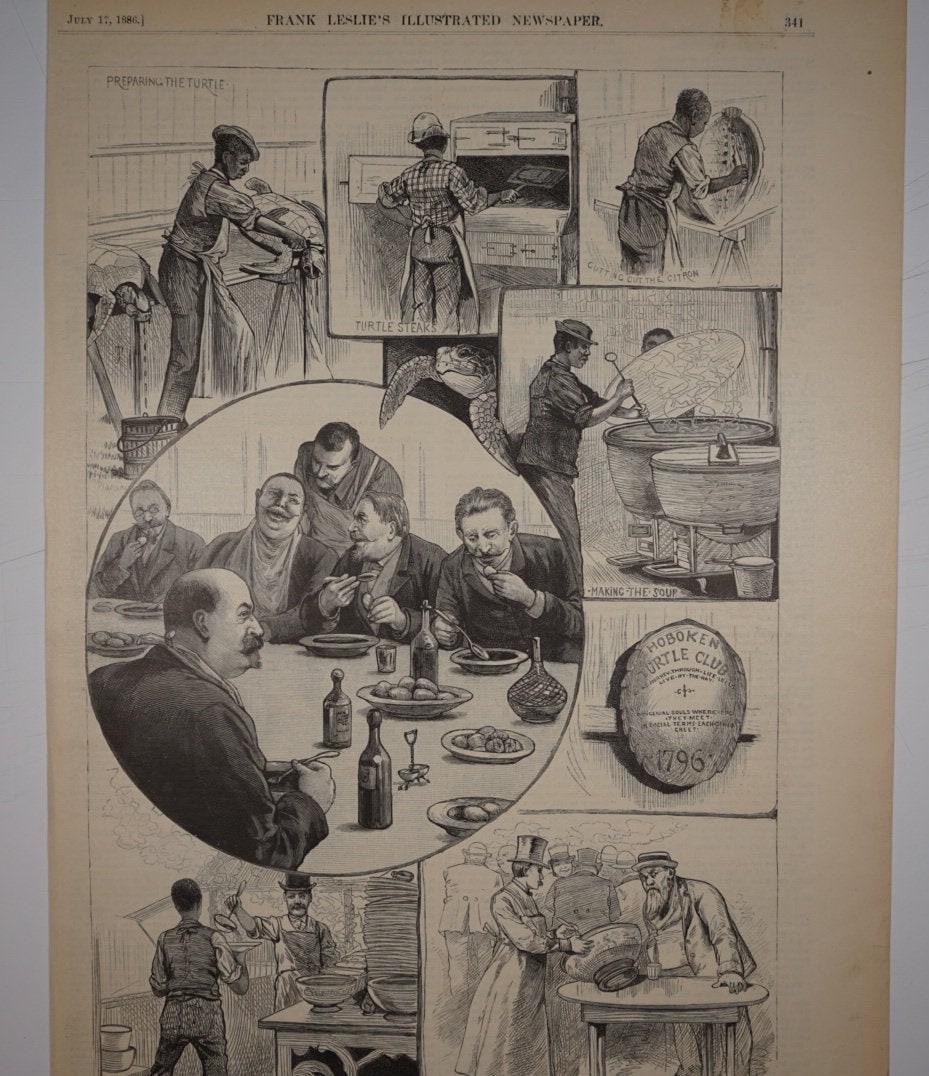 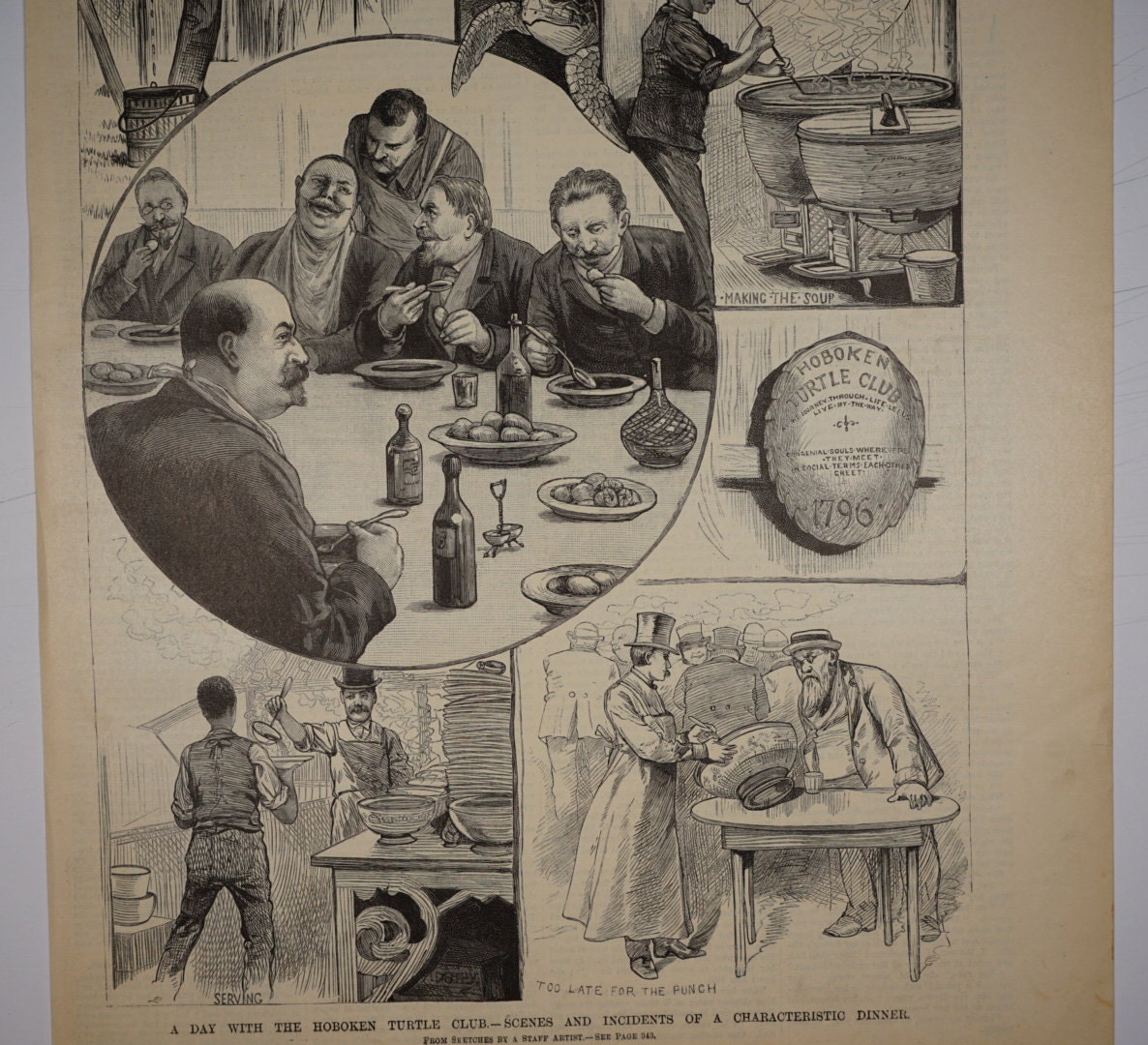 This is an original woodblock print from Frank Leslie’s Illustrated Newspaper from July 17, 1886. This is some of the info I discovered upon research - not sure just how true it all is - but it makes for a great story. I have included a piece from Stevens Institute and a reprint of a 1864 article from The NY Times along with the original 1886 Harper’s piece. It depicts several scenes of the Hoboken Turtle Club, a men’s social club established in 1796 when John Stevens, a former captain in George Washington’s Army. The original club consisted of various important people from Manhattan, including George Washington, Thomas Jefferson and Benjamin Franklin. The club was the oldest club in American History. Stevens, (of Stevens Institute of Technology), had an estate on the Hudson where he kept chickens. The chickens were being killed by huge turtles coming up out of the river. He declared war on the turtles and invited all his rich friends to feast on delicious turtle soup. In an 1878 NY Times article “Each man cut the throat of his own turtle.” The feast turned into a club where the partying would go on for days. Snapping turtles in the Hudson went extinct. In 1878, the club events were moved into Manhattan, hosted in Tammany Hall on the Lower East Side. Over time it became the New York Turtle Club and invitations to the club were highly coveted. Rare