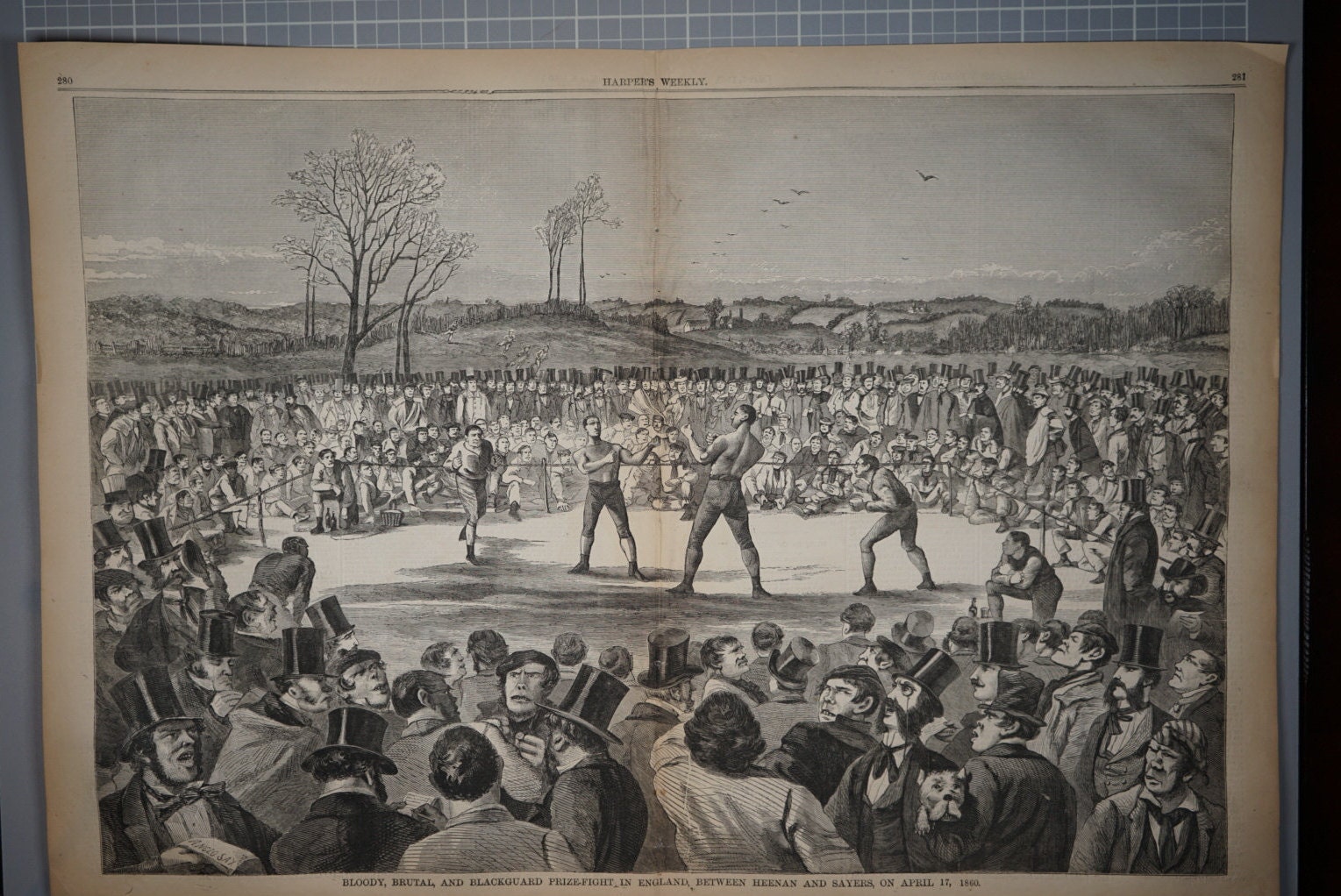 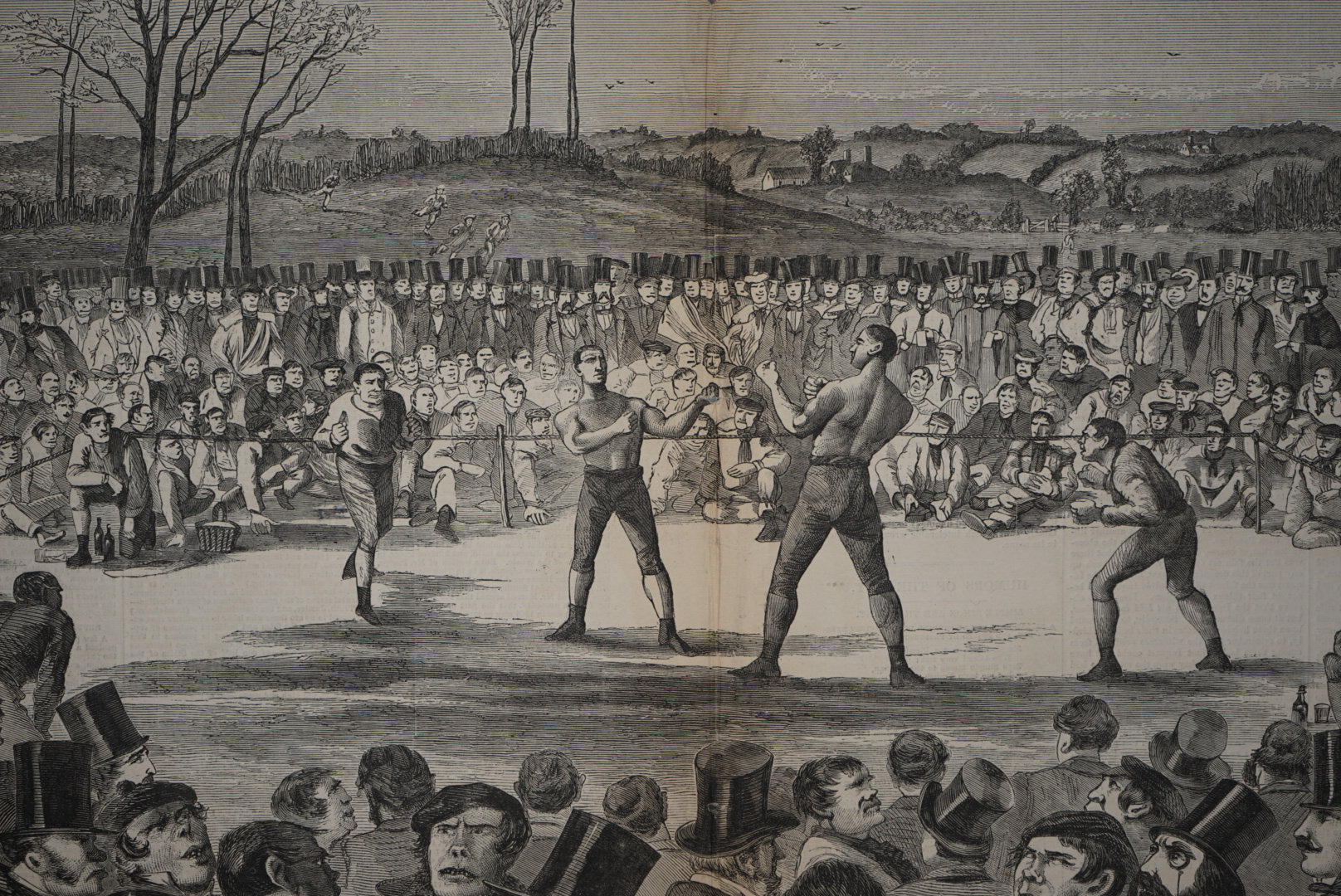 Bloody, Brutal, and Blackguard Prize-Fight in England, Between Heenan and Sayers, On April 17, 1860

This is an original woodblock print from Harper’s Weekly dated May 5, 1860. The print depicts a boxing match between John Heenan, 25, from Benicia, San Francisco where he worked in the steamship dockyards. He was nominated as an all-American champ to take on England’s famed title-holder, 34 year-old Tom Sayers. Sports consider this boxing’s inaugural “world title” international boxing match. As illegal as it may have been sports historians on both sides of the Atlantic say that Heenan v Sayers, US v England, in Hampshire field was the one and only true beginning of “fights of the century”. Heenan was 6’2” 195 lbs. and Sayer’s was 5’8” and 149 lbs. The fight lasted 2 hours and 27 minutes and 42 rounds, when the police came in and broke it up. The fight was declared a draw and the two men shared the 400 pound purse. Sayers never fought again and died at 39. Heenan spent 48 hours in a darkened hotel room and died in poverty in Wyoming in 1873 at the age of 38. Not a single woman in sight. The print is in good condition for 160 years old. It has some mild age toning and the center crease where it was bound and folded has been reinforced with archival rice paper tape.