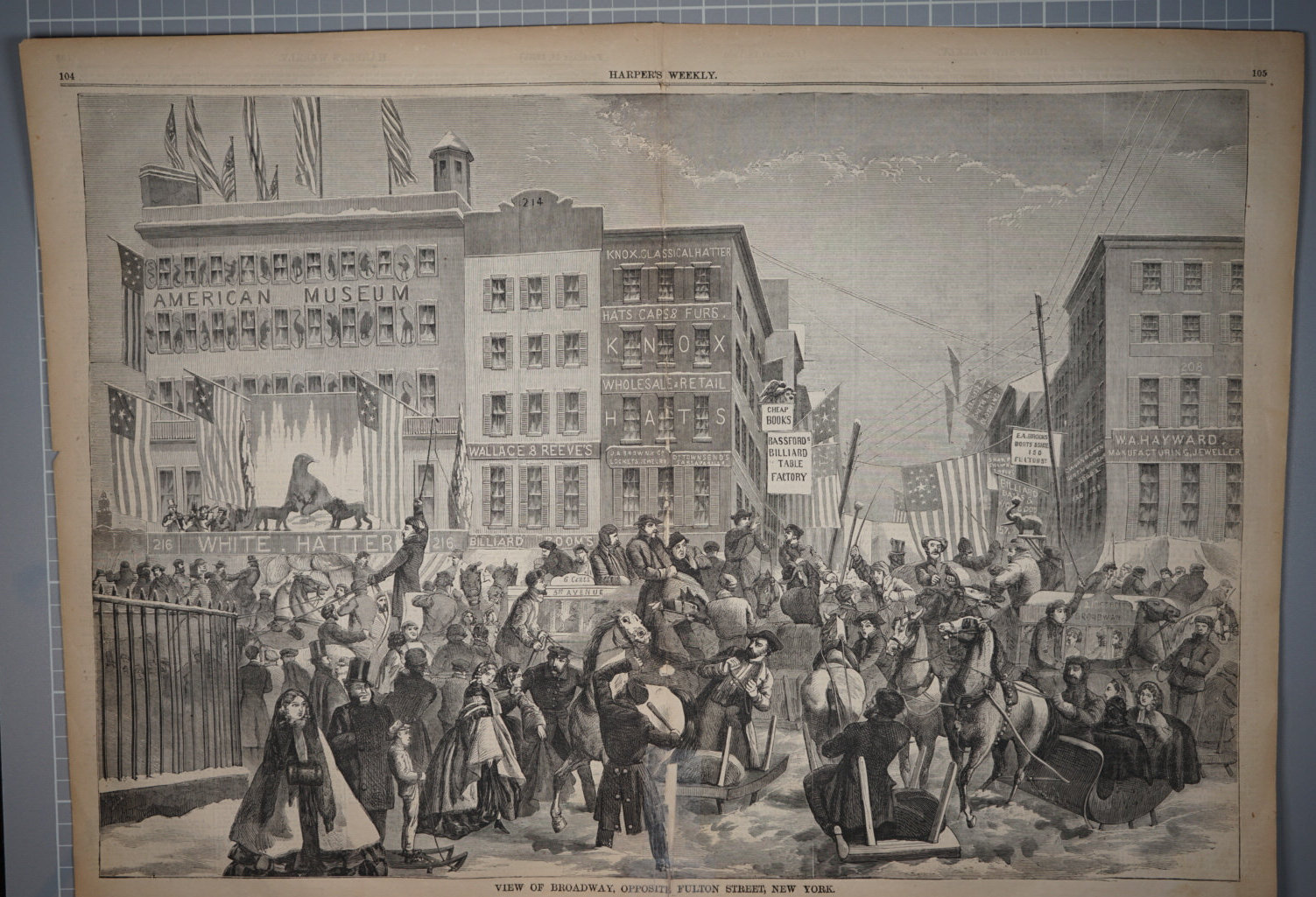 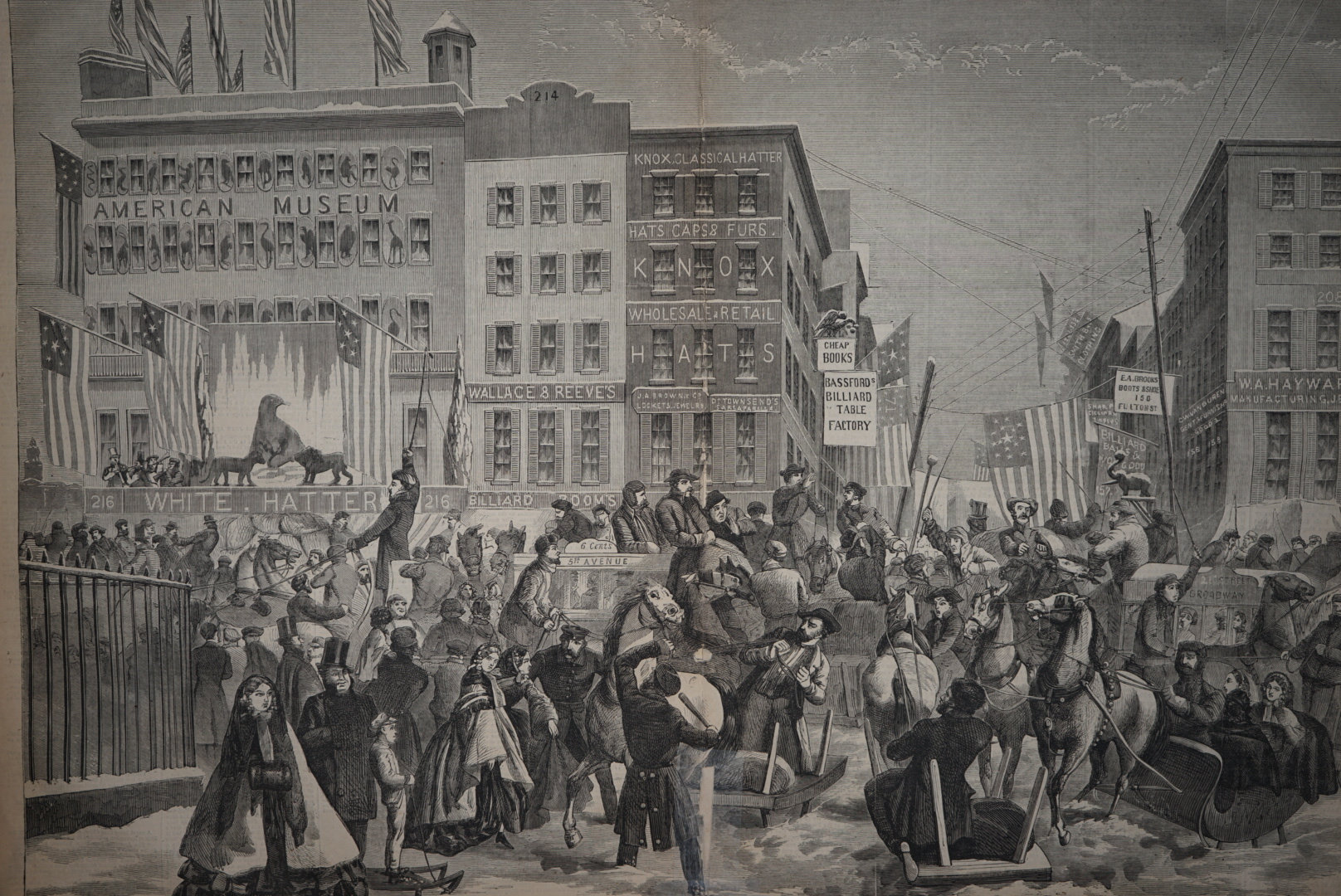 This is an original woodblock print from Harper’s Weekly dated February 18, 1860. The scene depicts a busy Broadway thoroughfare in 1860 NYC. Prominent is P.T. Barnum’s American Museum. Barnum acquired the building and Natural History collection in 1841 from Scudder’s American Museum. It was a combination zoo, museum, lecture hall, wax museum, theater and freak show. It had midgets, Chang and Eng, the famous Siamese Twins, a menagerie of exotic animals, Native Americans performing traditional dances and songs, Grizzly Adams’s trained bears, magicians - pretty much anything you could imagine. At it’s peak, the museum was open fifteen hours a day and had as many as 15,000 visitors a day. In November, 1864, the Confederate Army of Manhattan attempted and failed to burn down the museum, but it did actually burn down in a spectacular fire on July 13, 1865. I nice bit of NYC history. The 160 year old print is in good condition, has a repair on the lower edge of the center fold where the paper was bound. The repairs on the reverse were done with archival rice paper tape. Rare