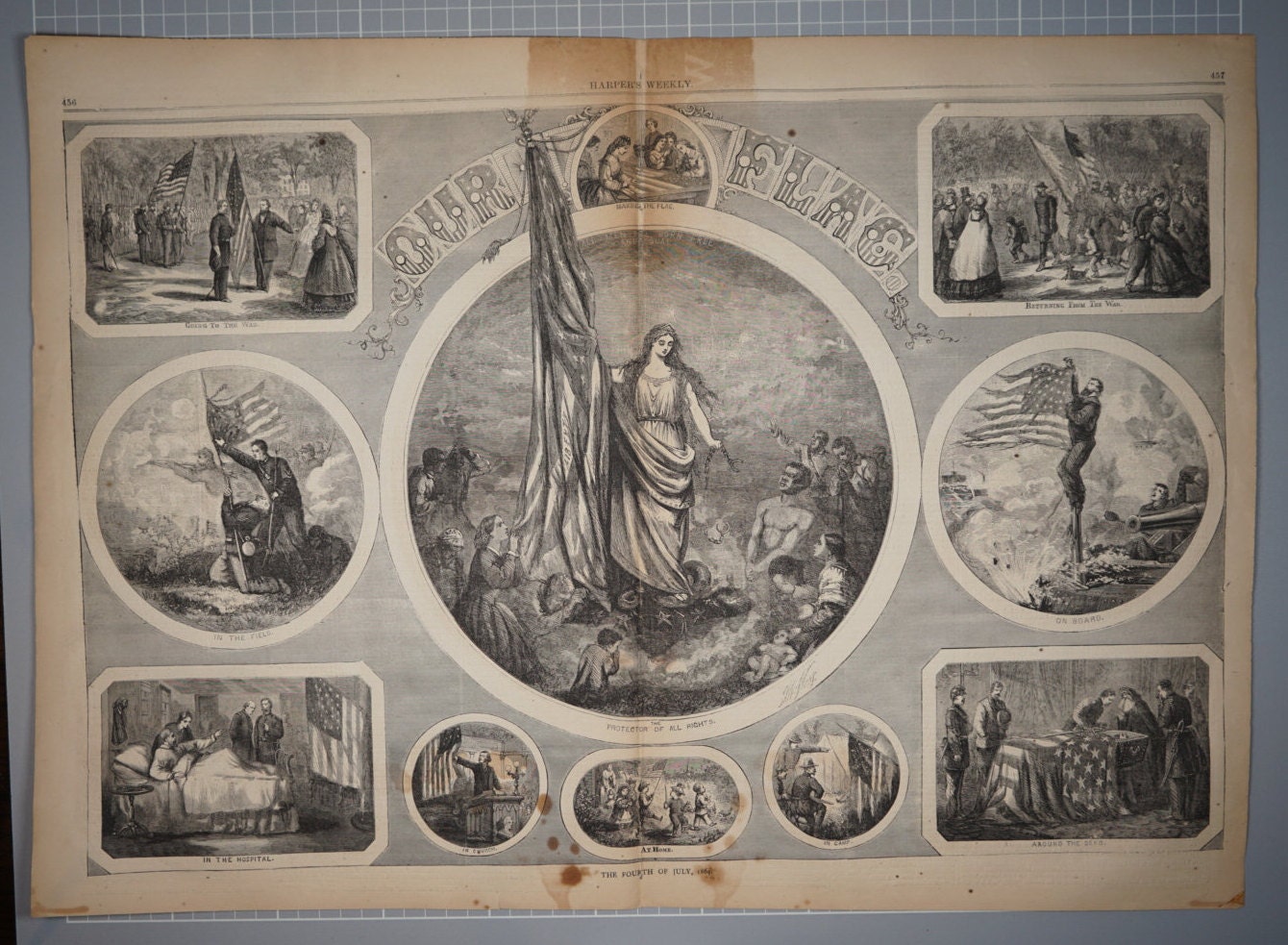 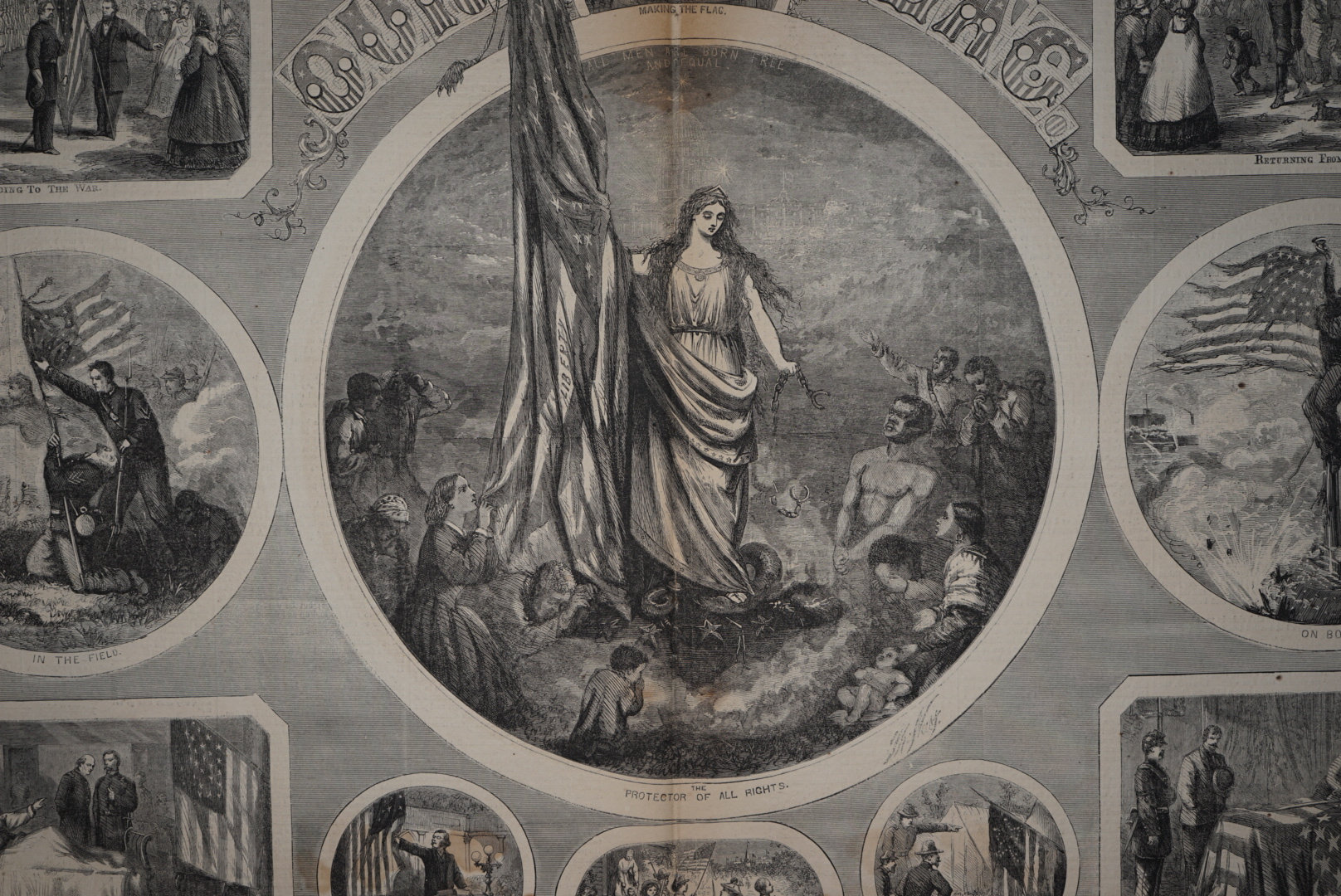 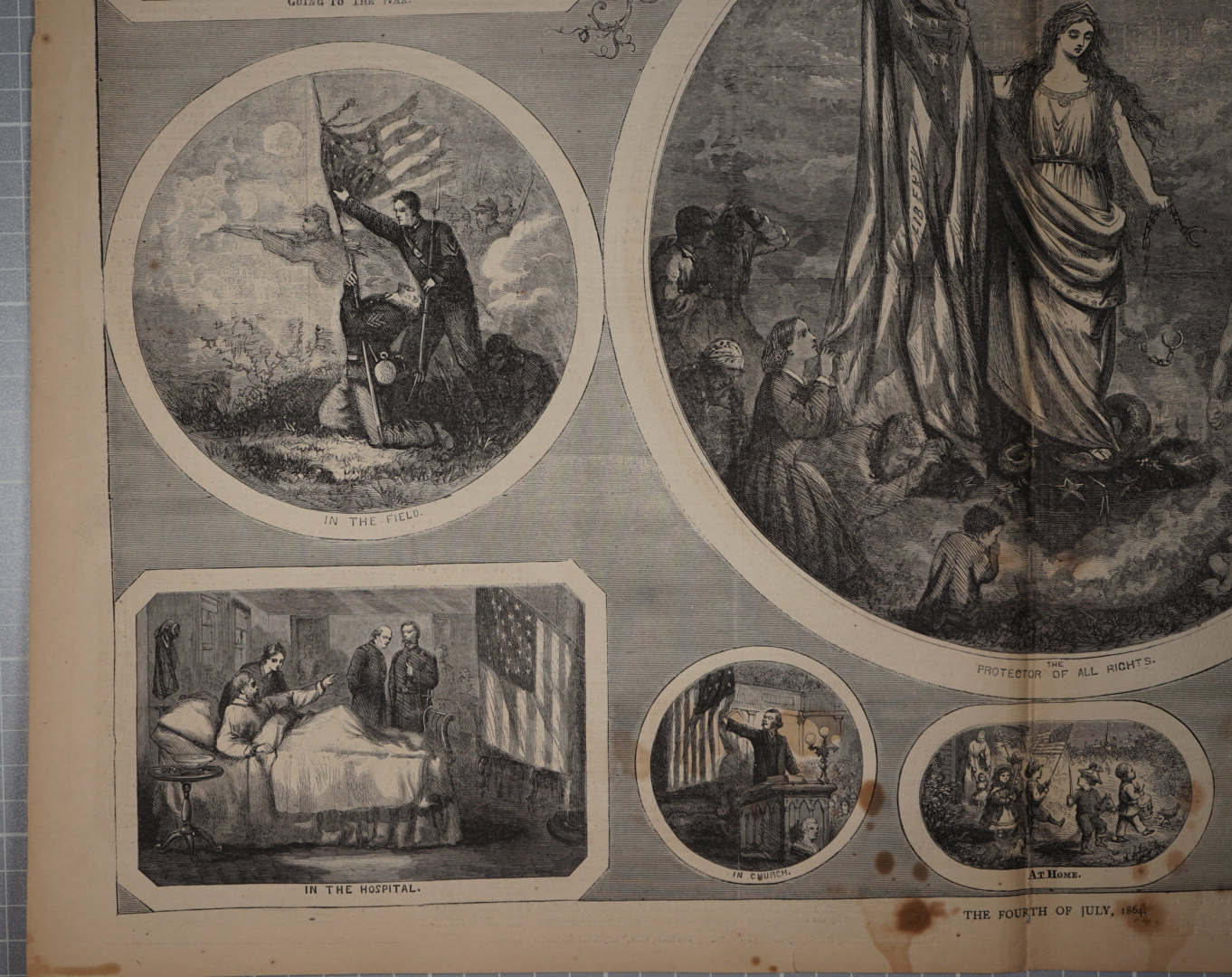 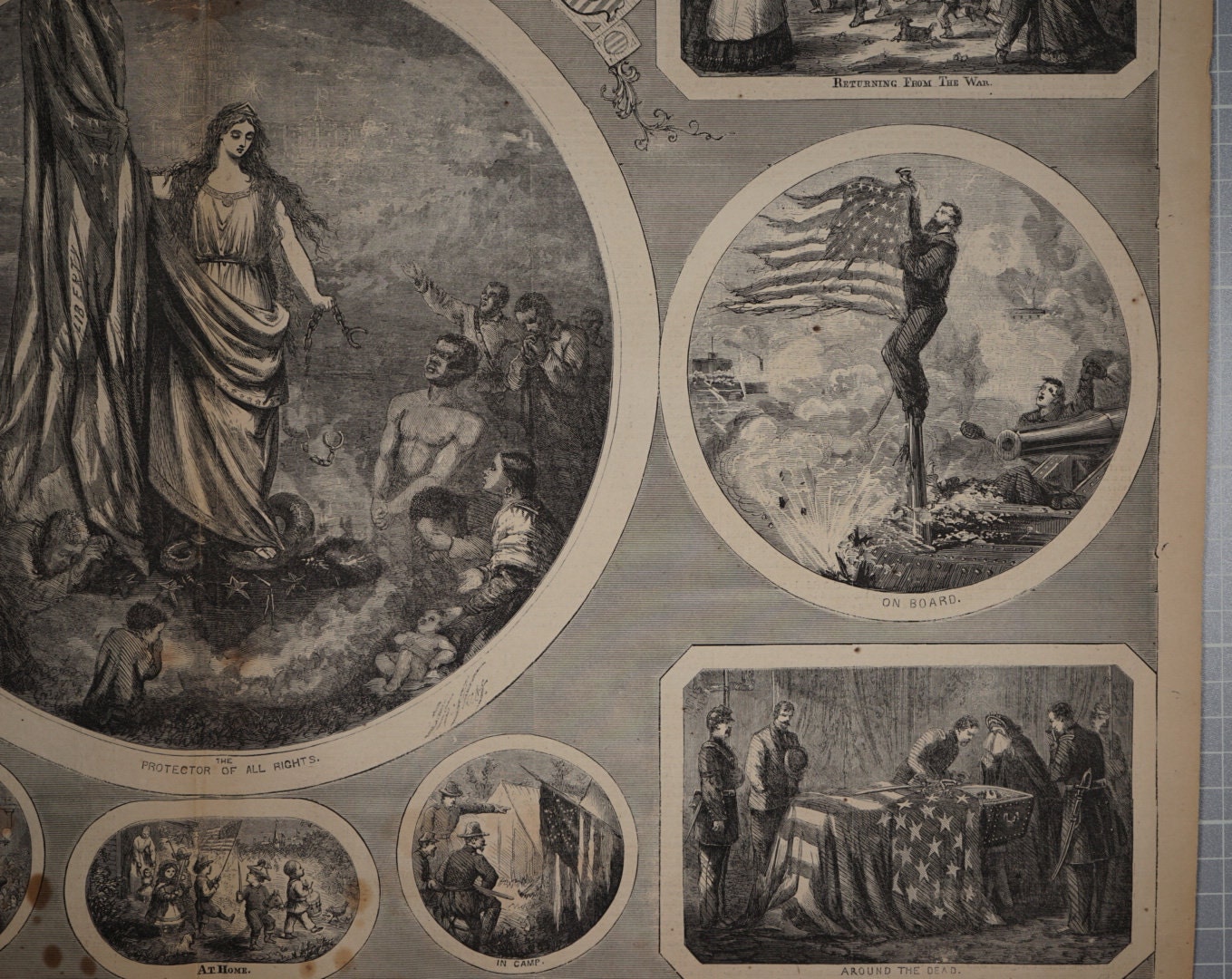 This is an original print from July 16, 1864 by artist Thomas Nast which appeared in Harper’s Weekly for the 1864 Fourth of July. The Main image is of Columbia holding the flag and taking the shackles off of slaves at her feet. The other 10 images are: Making the Flag, Returning from the war, On Board, Around the Dead, In Camp, At Home, In Church, In the Hospital, In the Field and Going to War. All images have the flag as the centerpiece. The 156 year old print is in fair condition. There are some brown spots and toning at the bottom and top of the center of the piece. There are pinholes down the center where the piece was originally bound. A nice patriotic piece of history.